KSU History
JavaScript is disabled for your browser. Some features of this site may not work without it. 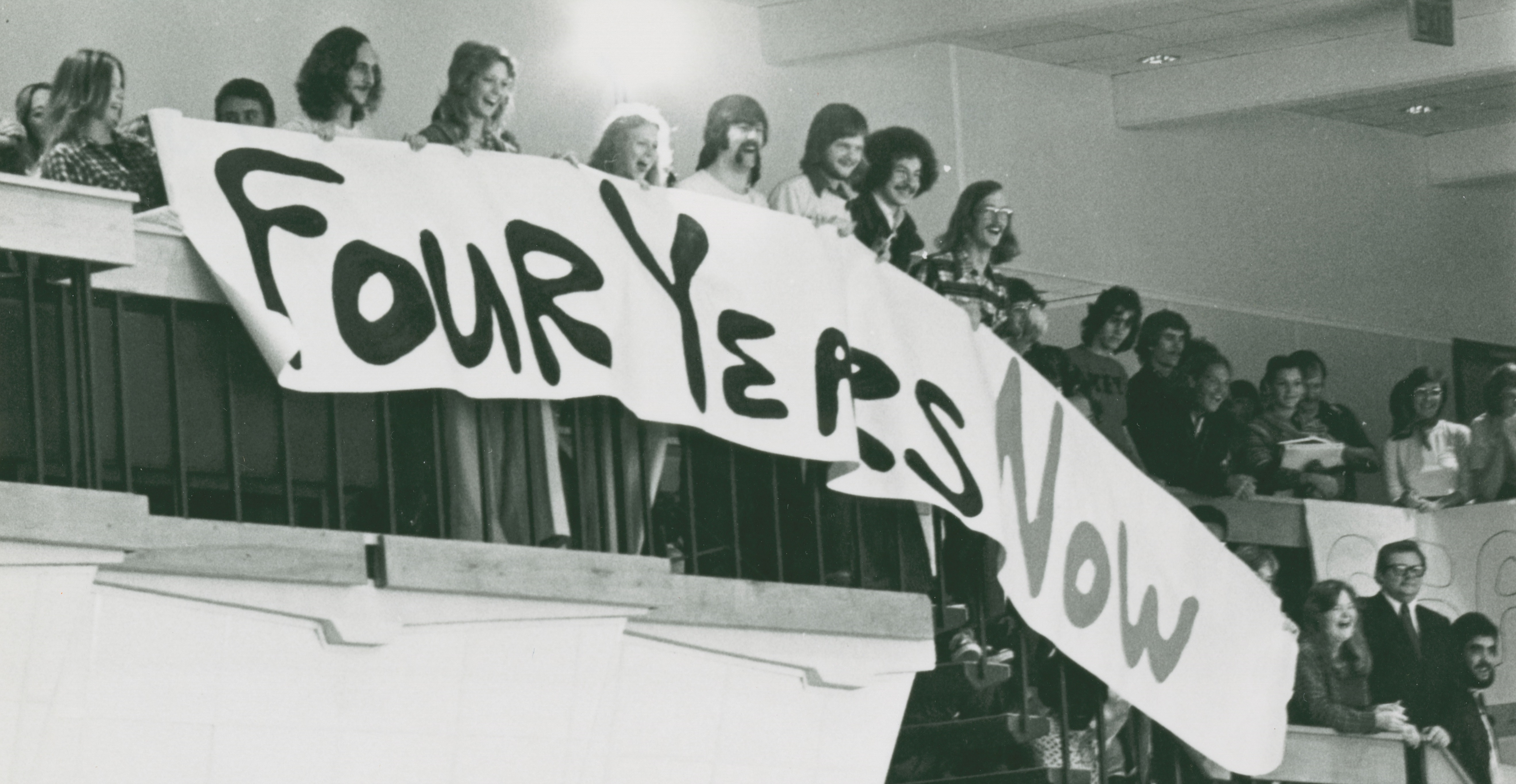 In 1963, the Board of Regents approved the establishment of a new junior college in Cobb County, GA. Three years later, Kennesaw Junior College officially opened its doors to 1,000 students for the fall 1966 semester, with Dr. Horace W. Sturgis serving as the college's first president. Due to the unfinished state of the campus, classes were held on the campus of the Southern Technical Institute and Banberry Elementary School. Nonetheless, Kennesaw Junior College experienced steady growth and development during this first academic year, including the establishment of a school newspaper, opening its new campus, and awarding its first degrees.

In 1976, the Board of Regents voted to make Kennesaw Junior College into a four-year institution named Kennesaw College in 1977. in 1981, Dr. Horace W. Sturgis retired and Dr. Betty L. Siegel became the second president of Kennesaw College, making her the first female president in the history of the University System of Georgia. An enthusiastic, dynamic, and visionary president, Dr. Siegel's twenty-five year career at Kennesaw College included many landmark changes for the institution including academic and departmental restructuring, the creation of a master's degree program, residential living quarters, increasingly high enrollment, and promotion to university status.

Kennesaw State University's Department of Museums, Archives & Rare Books provides the information contained on this site for non-commercial, personal, or research use only. All other use, including but not limited to commercial or scholarly reproductions, redistribution, publication or transmission, whether by electronic means or otherwise, without prior written permission of the copyright holder is strictly prohibited.

Sub-communities within this community

Collections in this community