KSU Presidents: Dr. Betty L. Seigel
JavaScript is disabled for your browser. Some features of this site may not work without it. 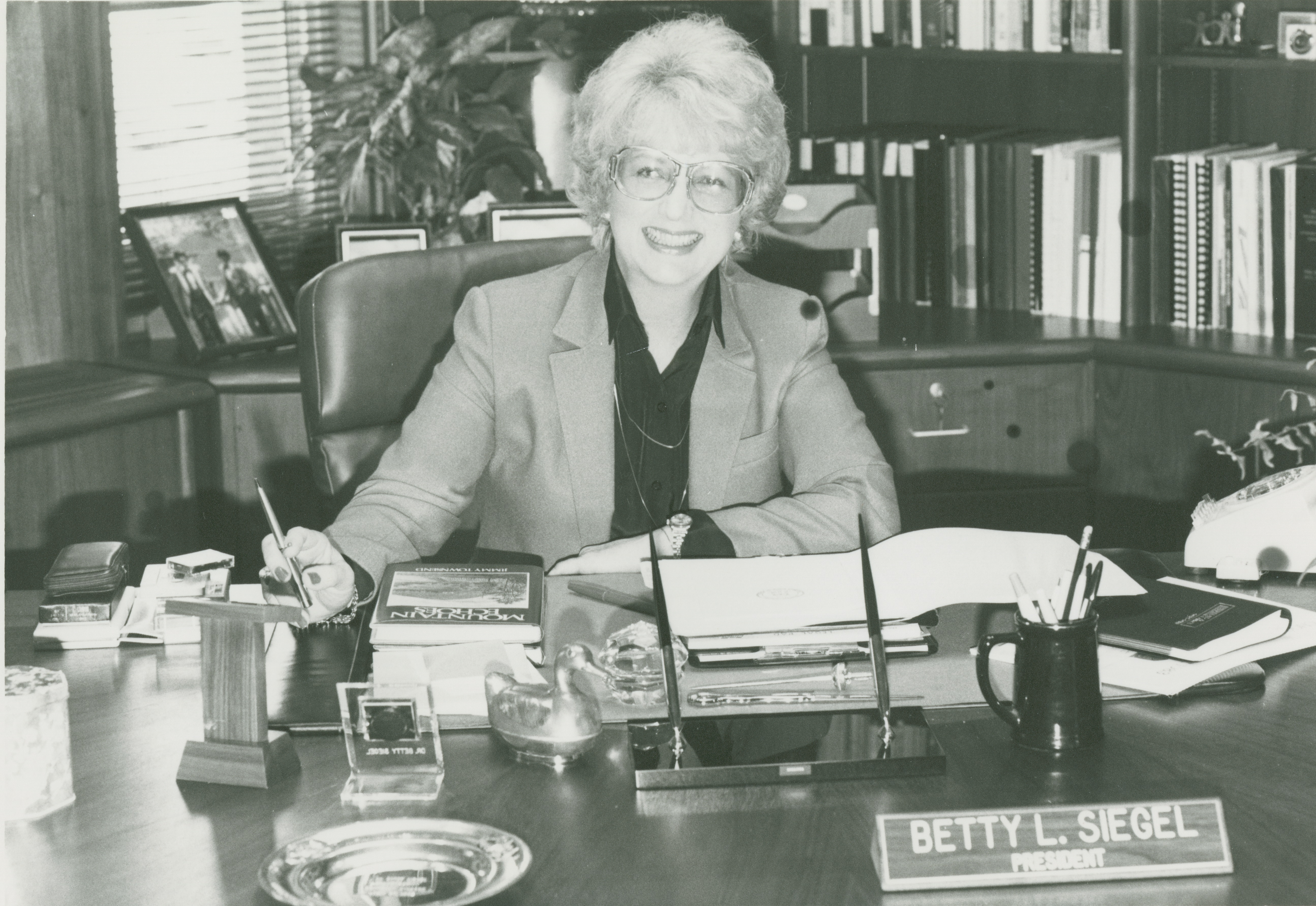 Dr. Betty L. Siegel was born in Kentucky in 1931.She attended Cumberland College and finished her B.A. degrees in History and English at Wake Forest University. She went on to get advanced degrees from University of North Carolina at Chapel Hill, Florida State University, and Indiana University. She earned degrees in Child Psychology and Educational Leadership. From 1981 to 2006, Dr. Betty L. Siegel served as the second president of Kennesaw State University (formerly Kennesaw Junior College, Kennesaw College, and Kennesaw State College). Siegel was the first woman to head an institution in the 35-unit University System of Georgia. In addition, she holds the record as the longest serving woman president of a public university in the nation. Her legacy goes beyond buildings and programs. Dr. Betty L. Siegel's leadership is a letter written on the hearts of the men and woman she led for twenty-five years. *Biography courtesy of Office of the President Emeritus, Kennesaw State University