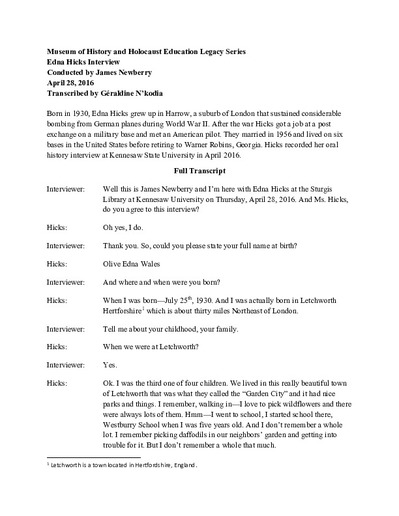 Born in 1930, Edna Hicks grew up in Harrow, a suburb of London that sustained considerable bombing from German planes during World War II. After the war Hicks got a job at a post exchange on a military base and met an American pilot. They married in 1956 and lived on six bases in the United States before retiring to Warner Robins, Georgia. Hicks recorded her oral history interview at Kennesaw State University in April 2016.