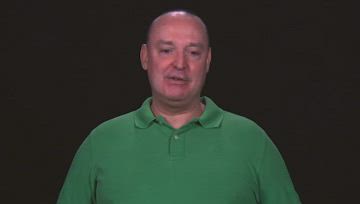 Jon Charles Greaves, Jr. was born in 1957 in Stillwater, Oklahoma. He graduated from Wabash College where he majored in philosophy with a concentration in psychology. Afterwards he worked in the retail industry and later was employed by PacTel Cellular. Greaves moved to Atlanta, Georgia, in 1983 where he began to get involved in LGBT organizations such as Friends Atlanta, as well as local Gay Pride events. Greaves has been involved in various community organizations since his teens, and as an adult has engaged in activism relating to civil rights, marriage equality, and local politics. He has served on the Lesbian and Gay Rights Chapter of the ACLU of Georgia and the Atlanta City Council's Lesbian/Gay Public Safety Task Force of the Public Safety Committee. He also set up and maintained the Georgia Anti-Violence Program hotline to collect instances of hate crimes committed against people in the LGBT community. In this interview, Greaves discusses his early life, his family, his relationship with David Greer, his work on March of Dimes and a suicide prevention hotline as a teenager, his involvement with gay and lesbian social and advocacy organizations in Atlanta and Cobb County in the 1980s and 1990s, early political activism, and the 1993 Cobb County Board of Commissioners anti-gay resolution.